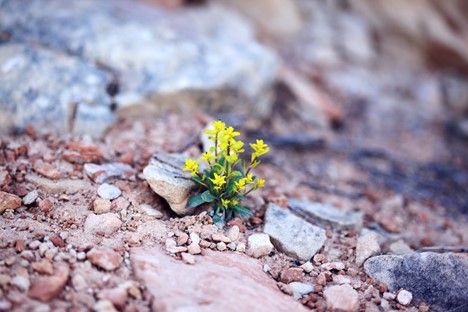 The concept of creating meaning out of adversity is critical to resilience. Making meaning out of a situation also requires a level of acceptance of what is the reality and grieving and letting go of the previous reality. In Man’s Search For Meaning,  Victor Frankl,(1946) writes about his horrific experiences as a Jewish prisoner in concentration camp during the Holocaust.

Frankl’s writing is very powerful as he writes about his experiences in the bleak and dark concentration camp and creating meaning in driving his will to survive in the circumstances of the camps. Frankl points to his focus and control over his internal psychological state and finding meaning which helps him endure and survive, despite the inhumane uncontrollable conditions of the camp which attempted to destroy his humanity, body and mind. Frankl vividly portrays his realization that his pre-concentration camp life was over when he asked a prison guard for safekeeping of a manuscript (his life’s work) and the guard threw it away as rubbish. Frankl maintains that his will to live and survive in the concentration camps was to tell the stories of such evil to the world so that this never happens again in the global community. He discusses that as his external circumstances became bleak, he focuses internally and begins to explore what is the core of humanity. He talks about his epiphany that the most profound aspect of humanity is love. He talks about the deep and lasting love for his wife that will continue and last whether he made it out of concentration camp or not. He pointed out that his love for his wife will last even if she had died in the concentration camps. Frankl concludes that his love for his wife is a major factor which helps him survive. He writes that love is the highest human

Another key decision that Frankl made during his experiences in the concentration camp was that he accepts that he cannot change his external circumstances, but, he can control his reactions to the experience. One very powerful experience, he discusses is that being a physician, he was ordered by the military commander of his camp to help some Nazi soldiers with medical aid. Frankl narrates that the commander offered “perks” to him by offering him better conditions to live in after Frankl medically treats the the Nazi soldiers. Frankl writes that he refused better living conditions and went back to his previous living conditions. He reflects that despite the inhumane conditions of the camps, he values his connection and fellowship with the prisoners in his camp and this human contact has helped him endure the dire conditions of the concentration camps. He decides that he will not sacrifice his core values of treasuring the fellowship of the prisoners in his camp. He honors his value by staying with his fellow prisoners. He writes that he still has power to act  according to his values, despite the inhumane conditions of his environment.

Create Meaning to Live: Practice of Gratitude, Humor and Savoring

Frankl observed that prisoners, who did not create meaning in their lives, did not live. They lacked the will to live, lost purpose to fight to live and died. Frankl also created meaning in his experiences, such as, gratitude of observing snow briefly in the camps. He talks about the beauty of the snow sparkling in the sunlight and remembers the majesty of nature outside the camps. He writes about feeling gratitude when he is allowed to sit for a while and take a small break from the merciless toil in hard labor during long hours in the camp. He is grateful when a cook gave him a little extra soup in his bowl for dinner. He writes about the gratitude of hearing the haunting music of a violin that someone played in the shadows of the concentration camps.

Frankl talked about his fellowship with other prisoners where they used humor to laugh in moments of utter despair and hopelessness. Humor is powerful and healing. As one of the students in my positive psychology classes stated, even in horrid circumstances, humor and laughter is better than crying.

He discussed how he and his fellow prisoners talked about throwing elaborate dinner parties after they got out of the camps. They described elaborate dinner parties, seating arrangements, delicate silverware to serve food and who would and would not be invited to the party. Frankl talks about the delicious dishes that he and his fellow prisoners would make for the dinner parties after they are released from the camps. Frankly writes about cherishing his life before the concentration camps. He talks about relishing lingering memories of his previous life, such as, relaxing walks in the city, enjoying coffee at home, conversations with his wife and beauty of listening to music that sustained him in the camps. By savoring beautiful tender experiences of his past life and possible wondrous things in future scenarios, like dinner parties, Frankl wills himself to continue living in the camps. He convinces himself that it is important to endure the suffering in the camp and live because life has so much beauty to experience when he is released from the camps. He builds hope that despite the horrendous injustice and dark circumstances in the camp, life has the potential for much beauty and wonder that he can still experience when he gets out of the camp.

Like Victor Frankl, we have to find meaning and purpose to overcome the difficult circumstances of the pandemic: astronomical loss of lives due to COVID-19, economic crises and deep racial and political divisions in this country. We have to remember that this too shall pass and there is much beauty and love in the world beyond our current conditions. We have to deeply love  our loved ones and show gratitude for what blessings we have. It is all about love:  who we love, how we love.

Reading Man’s Search for Meaning (Victor Frankl) in a Pandemic
Tagged on: Acceptance and Commitment    Psychology    search for meaning    survival