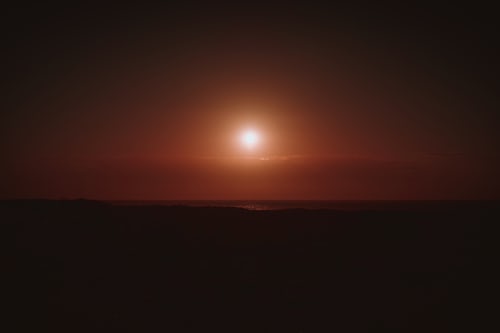 Practices of keeping the faith and hope alive and well are key to getting through the pandemic. I was  stunned and amazed when I saw a video clip of Archie Williams’s singing Elton John’s song, “Don’t Let the Sun Go Down on me” in America’s Got Talent  (May, 2020) episode. He has a powerful and gifted voice and when you hear his story, you will never hear this song as before, as discussed by America’s Got Talent judge, Simon Cowell. Mr. Williams discussed that age 22, he was sentenced to prison for life without parole for murder of a woman. He denied any involvement in the murder and three people testified that he was sleeping at home during the murder.  He was charged with murder based on false identification. He discussed being a young African-American man with limited financial resources and he could not fight state of Louisiana’s prosecutors who were determined that someone had to pay for the murder of a Caucasian woman. Institutionalized discrimination in the legal system may have been a factor in his incarceration. This post is a discussion and reflection of Archie Williams’s faith, hope and resilience in overcoming an unthinkable unjust situation of wrongful incarceration for 37 years and walking out with truth and victory.

Mr. Williams described being incarcerated at a Louisiana State Penitentiary “Angola Prison” (high security) for 37 years for something he did not do. He talked about  reliance on his faith, prayer and singing to get through the dark times for peace. He related to the story of Joseph who was imprisoned and sold to slavery by his brothers in Egypt. While in prison, Joseph became friends with Pharaoh’s chief cupbearer and chief baker and interpreted their dreams. These officials, well connected with Pharaoh, told the Pharaoh about Joseph. The Pharaoh asked Joseph about his dreams . Joseph  successfully interpreted the Pharaoh’s dreams. This led to the Pharaoh elevating Joseph to be an important member of the court, with abundance of wealth and influence.  Mr. Williams may have created a faith based meaning system of facing extreme injustice valiantly and triumphing in the end, like Joseph  in the Bible. Joseph’s story reminds me that in faith, we are always under the watch of the Divine Source, both at our highest and lowest points in life.

Mr. William’s interviews demonstrated his understanding and application of resiliency theory while in prison. He stated that he decided that even if the prison system incarcerated his body, they could not imprison his mind. He eloquently described that “freedom is in the mind” and his thought patterns. He is so right. In terms of psychotherapy, I see people imprisoned by their belief systems and thought patterns. A major goal of psychotherapy is to help clients understand their maladaptive thought patterns and learn to challenge or transform them. Another key decision that Mr. Williams made is when he stated that when faced with incarceration (factor out of his control), he could be either “weak” or “strong”. The choices of being “weak” or “strong” were within his control. He said that he decided to be “strong” and nurture his freedom in his mind. Therefore, even though he did not have control over the situation of incarceration, he had control over his response to the situation.

Mr. Williams talked about maintaining hope that God will deliver him. He practiced his hope through visual imagery of imaging himself singing on stage at America’s Got Talent, as he watched the show in prison. His application for review of his case was accepted by the Innocence Project, which used modern DNA technology to finally get him released. The process of being cleared legally through the justice system took 20 years. He entered the prison system at age 22 and was released 37 years later. He also talked about coaching in the boxing program in prison as focus of attention. He stated that after he decided to not engage in boxing program, he was punished and sent to solitary confinement for years.

He was released from prison in March 2019 and appeared on America’s Got Talent show in May 2020. His performance of “Don’t Let The Sun Go Down On Me” was incredibly powerful, as if the song was written for him. Mr. Williams described his loss of 37 years of his life in prison for something he did not do as “The Sun Coming Down On Me”. I cannot imagine such horrendous injustice, grief and loss. I cannot imagine enduring through such darkness. I cannot image how he can state that after being released from prison for something he did not do, he has no anger but forgiveness based on his faith. It is beyond conception how Mr. Williams maintained his faith and hope in such devastating circumstances. If I ever have the opportunity to interview Mr. Williams, I will ask if he ever felt abandoned by God, perhaps even for a moment? I will ask whether he experienced peace because he knew that he did nothing wrong? Did he ever have any moment of anger and hatred towards God to permit something like this to happen to him at such a tender age? I know hatred and anger towards God are taboo subjects. But if faith is based  on relationship to the Divine Source, can there be space for both love of God and hate when things are too painful, just like in relationships with others? I read somewhere that in our walk with God, we can be honest with our feelings because He knows anyway. Honesty is a critical element in any relationship for deeper connection and intimacy..

Interestingly, I was watching a commencement  speech by Oprah Winfrey where she stated  three important pieces of advice for life. I am summarizing Oprah’s three pieces of advice:

1. Do you know who you are? What is your purpose? (A critical question we need to ask ourselves)

2. Are you Serving with Significance? (Checking in with self periodically about our practices of service)

3. Do the right thing. (Critical to be aware of in life)  (Motivation Madness You tube.com: Oprah Winfrey’s Life Advice Will Change Your Life. (March 1, 2018).

These three points made by Oprah Winfrey gave me a lot to think about. In reading about Archie William’s experiences, he seemed to define himself according to his relationship with God, serve and nurture his body, mind and soul to come out of such terrible darkness and his knowledge that he did nothing wrong contributed to his peace. It again speaks to the power of truth.  It affirms the Buddha’s quote “Three things cannot be long hidden: the sun, the moon and the truth”.  Archie Williams’s story strikes me with awe and  amazement  in a way that I cannot express in words. I feel a warm smile in the depths of my heart regarding the victory of Archie Williams. In our current era, where  media consultants  are paid to “spin” stories, Mr. William’s testament highlights that truth matters. Character matters. Dignity matters. Goodness of the human spirit matters. Hope matters. Faith matters. Connection to the Divine Source matters.

Magnificence of ARCHIE WILLIAMS’ Story of Faith, Hope, Resilience and Not Letting The Sun Go Down
Tagged on: Faith    Hope    Resilience